In order to reduce dispersibility due to the introduction of impurities during dispersion, the water used for wet pulverization requires the use of ion-exchanged water, and its electrical resistivity should be not less than 20000 Î©Â·cm.
(3) Classification
After the wet-milled titanium dioxide, in order to further obtain a titanium dioxide dispersion having a certain particle size distribution, it is necessary to classify it because general pigment-grade titanium dioxide is not desired to have coarse particles of 5 Î¼m or more, and titanium dioxide for chemical fiber matting is generally not desired. Coarse particles of 2 Î¼m or more. There are two types of grading: dry method and wet method. Although the wet method is slower than the dry method and has higher energy consumption than the dry method, it can keep the particles dispersed in the grading state, and it does not stick to the wall, so it is in titanium. Wet grading is used in the surface treatment of the white powder industry.
Wet grading can be divided into gravity type sedimentation classifiers such as: water tank, Dow type settling tank, thickener, etc. and centrifugal classifiers such as: hydrocyclone, horizontal screw discharge sedimentation centrifuge, etc. And wet mechanical classifiers such as vibrating screens.
Gravity-type settling classifier In China, we used water tanks in the past, calculated the sedimentation height and settling time of the particles according to the Stokes formula, and then separated the two kinds of suspended matter with different particle size distributions at the specified height. Taking rutile titanium dioxide as an example, when it is not a dispersion medium, the viscosity of water at room temperature is Î·=0.01 poise, the relative density Ï=1, and the relative density of rutile-type titanium dioxide Ï=4.2, calculated according to the Stokes formula, the diameter is It takes 4 min for the 5 Î¼m rutile-type titanium dioxide particles to settle to a height of 1 cm. This method is simple and easy to operate. The disadvantages are gap operation, long settling time, low water selectivity and limited suspension stability. In the past, the gravity settlement of foreign countries generally adopts the Dorr Hydroseparator. Its principle is similar to that of the general Doer type settlement bucket. It is mainly graded by controlling the speed of overflow. One settlement area is 16m 2 and the settlement height is 2.7. The continuous gravity sedimentation classifier of m can classify 20t titanium dioxide every day. The overflow liquid can contain no large particles of more than 6Î¼m. This equipment can be operated continuously, but the equipment is heavy, the floor space is large, and the slurry concentration is dilute. Less adopted.
Horizontal spiral discharge decanter centrifuges and hydrocyclones in centrifugal classifiers are the two most widely used centrifugal classifiers in the titanium dioxide industry.

The hydrocyclone is similar to the general cyclone separator (see Figure 4). The material is usually made of hard corundum or 95 porcelain (Mohs hardness up to 9). In industry, dozens of groups are operated in parallel, after swirling and grading. The underflow coarse particles return to the sanding mill. According to the general centrifugal principle, the larger the centrifugal force, the smaller the fractional particle size. The centrifugal force can be calculated according to the following formula:

Where C is the centrifugal force of the particle of mass m; r is the radius of the location of the particle; V t is the tangential velocity of the particle; m is the mass of the particle. [next]
It can be seen from the above formula that increasing the centrifugal force only by increasing Vt (increasing the feed pressure) to increase the flow rate and reducing the diameter of the cyclone is solved. Therefore, the diameter of the cyclone is generally small, usually 10 to 40 mm. The largest is only 100mm, the feed pressure is 0.15~0.7MPa, and the concentration of pulp washing clothes is 150~300g/L. The hydrocyclone designed by China Institute of Chemical Industry Coatings was used in titanium dioxide factories in Nanjing and Xiamen. 95 porcelain, its specifications are: cyclone diameter D = 15mm; cylinder height H = 34mm; feed port size = 2 Ã— 8mm; overflow nozzle diameter Ñ„ = 3.5mm; bottom nozzle diameter Ñ„ = 1.4mm; The cone angle of the flow cone is 10Â°. Using this type of hydrocyclone to classify large particles of rutile-type titanium dioxide of 5 Î¼m, the slurry concentration is controlled to be TiO 2 :H 2 O=1:8, and the dispersant (polyphosphate) is added in an amount of 0.3% to 0.6%. 2h, in the case of a feed pressure of 0.15MPa, the primary classification rate can reach 85%, and the single production capacity is 100t/a.
The flow ratio R f of the hydrocyclone (ratio of the underflow of the cyclone to the feed amount) is an important parameter when the cyclone is operated. It directly affects the particle size at the time of classification, and its value can be calculated as follows.

Where D u is the outlet diameter of the bottom of the baffle, and D e is the diameter of the upper overflow port. This formula is suitable for applications where the feed pressure is greater than 0.05 MPa and D u /D e = 0.3 to 0.8.
The hydraulic steamer has simple structure, low cost, no moving parts, small volume, large unit capacity, wide separation particle size and continuous operation. The disadvantages are serious wear and large power consumption, especially the bottom is easy to block, the best. Used in combination with the vibrating screen, the coarse particles are removed through the vibrating screen and then passed through the cyclone, which can reduce the bottom blockage.
The horizontal screw discharge sedimentation centrifuge is a liquid-solid separation equipment with superior performance. This centrifuge has been used as a grading equipment for titanium dioxide in the 1960s. It is a centrifuge that runs at full speed, continuously feeds, and can continuously separate and discharge. The machine has the following forms: one drum is a truncated cone, which is especially suitable for separating solid filter residue; the other drum is cylindrical, which is good for liquid phase clarification and is suitable for particle classification because of its separation. The factor is higher, so the graded particle size can be finer; in addition to this, a column taper, which takes into account the above two characteristics.

The working principle of the horizontal screw discharge sedimentation centrifuge (see Fig. 5) is that the suspension enters the hollow shaft of the screw conveyor at full speed and rotates along the feed pipe, and flows into the drum through the discharge port due to the centrifugal force. The coarse particles in the suspension settle on the inner wall of the drum and gradually fill the gap between the drum and the screw conveyor. Since the rotation speed of the screw is slightly lower than the rotation speed of the drum, the coarse particles are pushed by the screw to the drum. The discharge port of the end is discharged, and then enters the sand mill for wet grinding to form a closed loop system. The filtrate (fine particle portion) is located at the central portion of the drum, and the spiral passage formed along the auger flows to the large end of the drum and is discharged through the overflow baffle.
The graded particle size of the machine can be adjusted by the feed rate and the speed. The production capacity can be adjusted by changing the diameter of the overflow baffle, the feed position, the feed concentration, the feed rate and the difference between the screw and the drum. Because titanium dioxide needs to be graded very fine (2~5Î¼m), it requires high separation factor. For example, the separation factor of foreign Super-D-CantersP-3000 horizontal screw discharge sedimentation centrifuge is as high as 3200. The maximum speed is 4000r/min. This type of machine is also produced in China, most of which is used for liquid-solid (slag) separation. The separation factor is low, and some improvement is needed for the classification of titanium dioxide.
As for the mechanical classifiers such as vibrating screens, they are mainly used for products that do not require too much fineness and particle size distribution due to the limitation of the mesh size of the sieve, or as a material for discarding coarse particles, and can also be used for hydrocyclones. The former coarse separation.

Latest aptitude program controller from Germany and human-friendly contrarily are adopted in the  vibrating  marking machine which it possible the prominent marking and prime mark painted at the same time and for just once .It is also equipped with step-less speed changing which makes the movement is  carried out at will.It  greatly promotes the implementing efficiency and makes the marking accurately fit the shape ,height and space between.It meets the requirement of various road condition and measures up to international norms.The road marks made by it can resist transformation ,abrasion and strikes.
Spots recommended
A.Express way:edge line of the express way ,diversion line,decelerating line near the toll booth and turns in the road.
B.Edge line of the city road,double amber line,cross road,sharp turn,entrance and exit of ramp,
decelerating line in front of the gates of schools,enterprises and institutions.
C.National,provincial and county roads:continuous declivity slope section,sharp turn preparation section,decelerating line before prevarication road,edge line and single amber line in all sections.
Features of fixing
Compulsory deceleration,reminding by shakes,glistening in rainy days and anti-slippery
1.Compulsory deceleration:remind the driver to slow down in dangerous section such as turn and slopes;
2.Reminding by shakes:Remind and warn the diver who drivers in fatigue or absent-mindedly;
3.Glistening in rainy days:Mark driving safe with clearer visual.
4.Anti-slippery:Magnify the friction with road and slow down the vehicle.
Major functions
When the driver is driving in fatigue or absent â€“mind-eely,the car shakes when it passes over the prominent lines giving out harsh noise.As a result,the driver comes back to sense promptly and readjusts the direction of the car thus preventing accidents.The prominent lines have better tree-dimensional reflection of light  so that  the driver can tell the direction and lane in rainy days.The mark lines guarantee the security of driver and provide compulsory deceleration and anti-slip-pery.

We are located in Jining city,Shandong province with convenient transportation access. Dedicated to strict quality control and thoughtful customer service, our experienced staff members are always available to discuss your requirements and ensure full customer satisfaction.

In recent years, we have introduced a number of advanced production equipment, and also have an excellent production team and a complete quality assurance system to ensure that each batch of goods is delivered to customers in a timely and high quality.

We also have an excellent management team, experienced technical staffs and professional sales team to solve all problems you encountered before and after sales. In addition, we have obtained I S O 9 0 0 1:2 0 1 5 certificates. Selling well in all cities and provinces around China, our products are also exported to clients in such countries and regions as United States, Europe,Australia, Southeast Asia,Russia,the Middle East,Africa. We also welcome OEM and ODM orders. Whether selecting a current product from our catalog or seeking engineering assistance for your application, you can talk to our customer service center about your sourcing requirements. 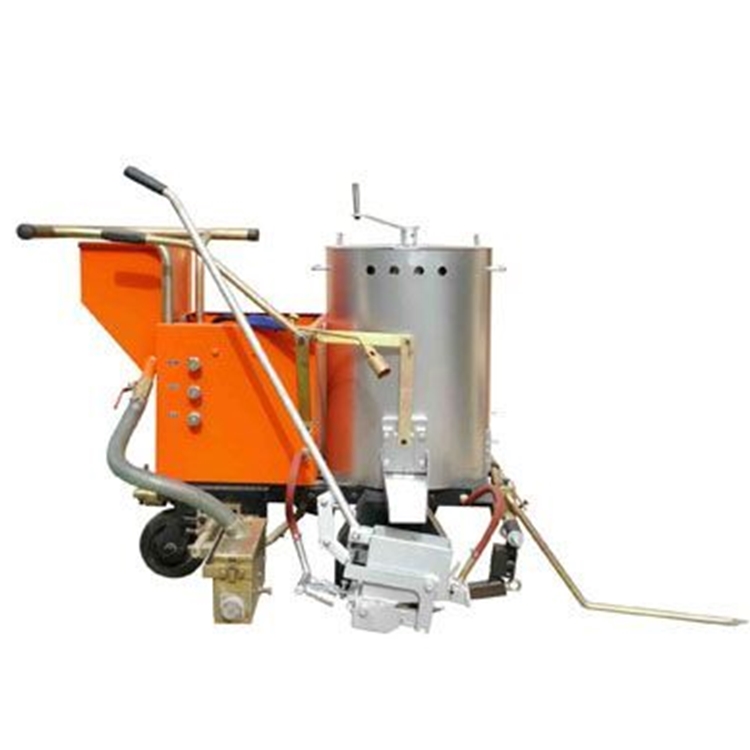