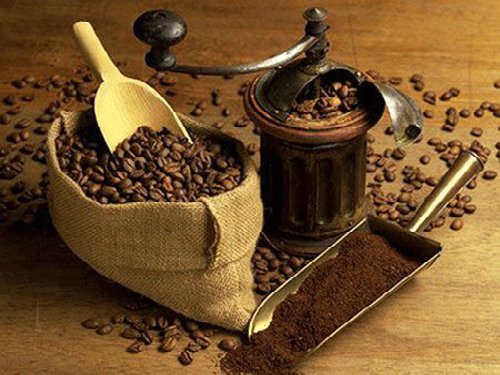 Yunnan is not only beautiful, but also has a long-cherished atmosphere. Its coffee industry chain is also very strong. It is a source of raw materials for many international coffee brands. At present, Yunnan has formulated a corresponding coffee promotion program in an effort to further expand the popularity and influence of Yunnan coffee. At the same time, it will speed up the construction of coffee standardization and ecological parks, continuously increase the thickness and depth of all aspects of the entire industry chain, and promote the quality, efficiency, and transformation of the coffee industry from multiple aspects.

According to Wang Pinghua, deputy director of Yunnan Provincial Department of Agriculture, in 2014, the coffee planting area in Yunnan Province has reached 1.83 million mu, which is three times more than the 640,000 mu in 2010. The output is 118,000 tons, which is an increase from 49,000 tons in 2010. More than 2 times, the planting area and output accounted for more than 99% of the country. The coffee planting area is distributed in more than 40 counties (urban areas) in 10 counties. The main production areas are Baoshan, Dehong, Pu'er, Linyi and other four counties in southern Anhui and southwestern Fujian Province. 85% of the province; in 2014, the export of coffee was 48,429 tons, and the foreign exchange earned through exports was US$145.91 million. The foreign exchange earned through exports increased slightly from the previous year, ranking second only to exports of vegetables and tobacco that earned foreign exchange through exports. The coffee industry in the province has It is a characteristic and advantageous industry that promotes the development of Yunnan's agricultural and rural economy, farmers' income, and the prosperity of the border areas. In terms of processing, the provinceâ€™s initial coffee processing capacity exceeds 150,000 tons, and its deep processing capacity exceeds 20,000 tons. Coffee brands such as â€œHouguâ€, â€œZhukuolaâ€, â€œLoveâ€, â€œCloud CafÃ©â€, â€œCloudsâ€, and â€œNorth Returnâ€ have already gained certain popularity. Among the 12 provincial coffee leading enterprises, Pro The up-and-coming young artists like Ling Feng, Bao Shanâ€™s â€œHe Meiâ€ and â€œXin Zhaiâ€, Puâ€™erâ€™s â€œAcerâ€, â€œDiffuse Cliffâ€ and Daliâ€™s â€œBinchuan Plateauâ€ have injected new blood for the development of the industry.

The data shows that at present, China's coffee consumption is growing at a rate of more than 20% per year. According to the analysis of the global coffee production and sales situation, by 2020, the coffee planting area in Yunnan is expected to reach more than 2.5 million mu, with an annual output of 200,000 tons of coffee beans, an export value of more than US$300 million, and a total output value of 35 billion yuan.