In aqueous solution, gold can be combined with chlorination to form readily soluble gold chloride, thereby proposing a chlorination process for gold ore. The gold ore chlorinating leaching agent is oxygen. A further development of the chlorination leaching process is the leaching of gold from the ore by chlorine obtained by electrolytic sodium chloride solution. The method of leaching gold from ore and extracting gold from the solution by using the electrochemical leaching method is also called electrochlorination leaching method, which is referred to as electrochlorination method.
The electrochlorination leaching process of gold ore has been continuously improved over the years, and its gold leaching rate is faster than that of cyanidation. It has undergone semi-industrial tests and has not yet reached the stage of industrial application. Due to the strong oxidizing and strong complexing ability of atomic chlorine and chlorine to gold, people pay special attention to the electrochlorination process when dealing with difficult gold ore, and often carry out small-scale processing in some small equipment.
1) General principle of gold leaching process of gold chlorination The electrochemical leaching process of gold ore is carried out by direct current in suspended salt slurry solution, and chlorine oxidation and complexation are generated by electrolytic sodium chloride solution, so that gold is leached and transferred. Solution.
When the sodium chloride solution is electrolyzed in the diaphragm electrolytic leaching tank, H + discharges gaseous hydrogen on the cathode, and C1 - discharges gaseous chlorine on the anode. At the anode, OH - may also discharge to precipitate 0 2 . Although the reversible potential of oxygen precipitated by OH - discharge [E Ó©

The atomic chlorine or molecular oxygen produced by the process has a strong oxidation effect on gold. Chlorine is dissolved in the salt solution to produce hypochlorous acid. When the solution is alkaline, a readily decomposable hypochlorite is formed. The discharge potential of C10 - is much smaller than C1 - , as shown in the figure below, even if the hypochlorite concentration is quite small, C10 - and C1 - can be simultaneously discharged. [next]

During the electrochemical leaching of gold ore, the gaseous chlorine and oxygen consumed in the salt electrolysis process are continuously replenished, prompting the leaching reaction to proceed rapidly. The dissolution process of gold during electrochlorination leaching is also a diffusion process. The leaching rate of gold is affected by the stirring strength and temperature. Generally, the temperature rise is favorable for gold leaching, but when the temperature is higher than 40 Â°C, the gold leaching rate is Significantly lower. If the stirring intensity is too large, the vigorous stirring will cause chlorine to penetrate into the catholyte, the alkali will penetrate into the anolyte, or the molecular chlorine will be volatilized in a large amount, resulting in excess oxygen in the solution, which causes the gold in the ore to be partially passivated. [next]
2) Application Example 1 of Electrochlorination Leaching Gold There is electrochlorination leaching of a diaphragm electrolysis cell. The gold ore is leached in an electrolytic leaching tank equipped with a diaphragm. The electrolytic leaching tank is an iron or wooden circular tank, and the bottom of the tank and the tank cover are made of asbestos reinforced concrete or pig iron, and the tank is coated with petroleum pitch or coal pitch. The cathode chamber and the anode chamber are separated by a diaphragm. The cathode is a perforated iron cylinder with a jacketed membrane. The anode is a graphite plate, and is arranged in a ring shape at the bottom to be insulated from the bottom of the groove. The anode is equipped with a mechanical agitator with a speed of 120 to 150 r/min. The well-milled ore is mixed with the NaCl solution and added to the anode chamber, and the ore particles are kept in suspension by constant stirring.
The ore used for electrochlorination leaching is a pyrrhotite type gold concentrate. The sulfide contained in the concentrate is mainly pyrrhotite, in addition to a small amount of pyrite and sulphur arsenite . The chemical composition of the concentrate is: SiO 2 3.44%, A1 2 0 3 0.16%, CaO 7.92%, MgO 4.0%, Mn 2 O 3 1.06%, CuS0 4 0.O1%, CuS 2.06%, Fe 38.96%, As 0.14%, total S 31.88%, Au 52 g/t, Ag 98 g/t. Silver and iron in the concentrate enter the solution during electrochlorination leaching. Silver in the solution precipitates and forms a silver chloride film on the surface of the gold particles. Iron is present in the form of ferrous sulfate, which reduces gold in the gold chloride to metal gold, allowing gold to precipitate out of solution. According to this, the process of electrochlorination leaching of gold-bearing pyrite concentrate is as shown in the following figure.

The fine ore flotation concentrate has a particle size of 74% -200 mesh, and is mixed with a NaCl solution having a concentration of 2.5 moVL, and 2% ammonia water is added, and the slurry solid ratio is 1.4:1. The slurry was added to the anode chamber, and 2.5 mol of VL NaCl solution was added to the cathode chamber for the first stage of electrochlorination leaching. The current density of the electrochlorination anode was 750 A/m 2 and the volume current density was 5500 A/m 3 . It is 15 min. The concentrate after the first stage of leaching is further ground to 91.5%-200 mesh, and the second stage of electrochlorination leaching is carried out under the same conditions. The total gold leaching rate after two stages of electrochlorination leaching of gold was 82.7%. The treatment of each ton of concentrate by electrochlorination consumes 3100 g of NaCl, and its electrical energy consumption is 45 kWÂ·h. [next]
A small amount of ammonia water was added during the leaching process. Ammonia water dissolves the silver chloride film on the surface of the gold particles, which improves the gold leaching rate. Between the first and second stages of leaching, the concentrate should be further ground to destroy the silver chloride film on the surface of the gold particles to increase the gold leaching rate. The detrimental effect of ferrous sulfate can be eliminated by rapid oxidation, or it can be washed with water to remove ferrous ions during the stage leaching of the concentrate regrind operation.
2 Electrochlorination leaching of a diaphragmless electrolytic cell. There is no sludge blockage problem in the diaphragmless electrolytic leaching tank. The semi-industrial scale test has been carried out by leaching gold from the ore in a non-diaphragm tank by using atomic chlorine precipitated by electrolytic sodium aqueous solution. The Xinzhuang gold mine is an "iron cap type" gold-bearing oxidized ore. It is mainly composed of limonite. The gold is submicroscopically distributed in the pores of limonite. The particle size is 0.001-0.005 mm, and the individual is 0.074-0.06 mm. The ore contains gold at 9g/t. Since the fine gold particles after grinding have entered the slime, they have been treated by amalgamation -shaker, amalgamation-flotation, amalgamation-flotation-diafiltration cyanidation, and the recovery rate of gold is only 63. %about. After the electrochlorination-resin slurry test, the recovery rate of gold is greatly improved. This is because when the ore is chlorinated, the iron and manganese films on the surface of the gold particles are easily destroyed, and a high gold leaching rate can be obtained.
Electrochlorination is the oxidation of gold in ore to AuC1 3 by electrolysis of alkali metal chloride (NaCl) to release active chlorine in aqueous solution, which in turn becomes HAuC1 4 and its double salt NaAuC1 4 and dissociates into ions in water:

The generated AuCl 4 - is adsorbed by the anion exchange resin, and the Au 3+ formed by dissociation in the process is deposited on the cathode plate to form a cathode mud. Hydrochloric acid is added to the electrolytic cell, and in addition to being able to precipitate a part of chlorine during the electrolysis process, it is mainly used to prevent the atmosphere formed by dissociation of the disintegrated sodium from being absorbed by the alkali or water to deplete the active chlorine.
The semi-industrial test equipment uses a Ñ„ 900 mm Ã— 1000 mm iron element diaphragm electrolytic leaching tank. The electrolysis leaching tank is equipped with a spiral agitating paddle with a diameter of 300 mm, a speed of 374 r/min, and an anode of 250 mm Ã— 700 mm graphite plate, 5 pieces per groove, which is fixed between the stirring shaft and the groove wall along the circumference of the groove. And insulated from the bottom of the tank. The cathode is the inner wall of the tank. The distance between the anode and the cathode is 200 mm. The test conditions are: ore particle size 71.92%-200 mesh, pulp concentration 22.25%, current density 285 A/m 2 , cell voltage 13V, pulp temperature 50 Â°C. According to the raw material, sodium chloride 30 kg/t and hydrochloric acid 20 kg/t are used to make the slurry. The pH value is 20 and then the 1617-type wet resin of 1017/+50 is added, 10 kg/t, and the chlorination is carried out under continuous stirring. Adsorption for 8 h. After 144 h test, the average index is: resin gold content 83.80 mg / g, tail liquid gold concentration is 1.69 mg / L, remove a small amount of cathode mud on the cathode (including gold 6.26g / t) is negligible, gold The adsorption recovery rate was 99.10%.
In order to investigate the effect of gold-bearing sulphide ore (mainly pyrite) on electrochlorination, tests were carried out on mixed ore samples containing 30% sulphide ore. The results show that under these conditions, gold-bearing sulphide ore is Gold leaching and adsorption have little effect.
A good separation effect was obtained by separating the gold-loaded resin from the slurry by a combined-sieving-shaker combined process. The gold in the gold-plated resin was recovered by electrostatic rinsing and electrostatic leaching in a stirred enamel tank at a stirring speed of 252 r/min and a propeller diameter of 70 mm. The cathode lead plate of the anode is a graphite plate, pitch poles 80 mm. The gold eluent was prepared from 4% sulfur veins and 2% hydrochloric acid. Under the conditions of a cell voltage of 2 V and a cathodic current density of 400 A/m, a rinse agent of 7 times the mass of the gold-loaded resin was used for 8 hours of rinsing, and the gold was nearly completely rinsed.
The effect of electrochlorination of gold ore is affected by various factors. Obviously, the factors affecting gold leaching are directly related to the production and utilization of nascent chlorine. The high chlorine output can be fully utilized, and the gold leaching effect is good. As a method of enhanced leaching, electrochlorination leaching is feasible for the processing of gold ore containing a small amount of sulfide. Even if the sulfide content in the ore is as high as 30%, the gold leaching rate can reach 88%.
The electrochlorination leaching of gold is related to the occurrence of gold in the ore, the chemical composition of the ore and the mineral composition, and they have a great influence on the electrochlorination process. The ores suitable for electrochlorination leaching are: quartz ore with gold as a free and chlorine-free adsorbent; iron or manganese film on the surface of gold particles is easily oxidized into the solution of iron cap-type oxidized ore; pyrite and other sulfides are less the gold ore; pyrrhotite, pyrite concentrate; gold galena, sphalerite, pyrite, arsenopyrite mixed ore or concentrate containing copper and gold ores. Gold ore that is not suitable for electrochlorination leaching is: carbonate ore containing a large amount of CaC0 3 or MgCO 3 . The carbonate dissolves and catches the interaction to increase the consumption of chlorine, and generates a large amount of fine mud to block the pores of the membrane; high arsenic Gold deposits and sorghum gold deposits, arsenide and telluride produce secondary reactions in the electrochlorination process, consuming dissolved chlorine; gold deposits containing antimony and selenium , and some tellurides and selenides to reduce gold chloride The function hinders the electrochlorination leaching of gold; the gold ore containing graphite and carbon, the carbonaceous material preemptively adsorbs gold chloride, greatly reducing the effective leaching of gold. 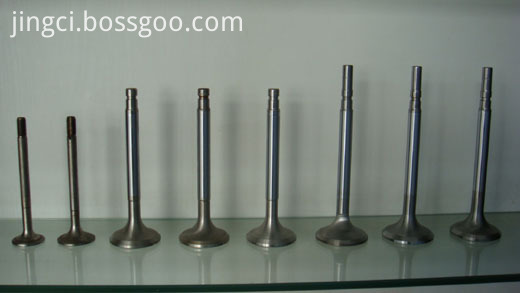 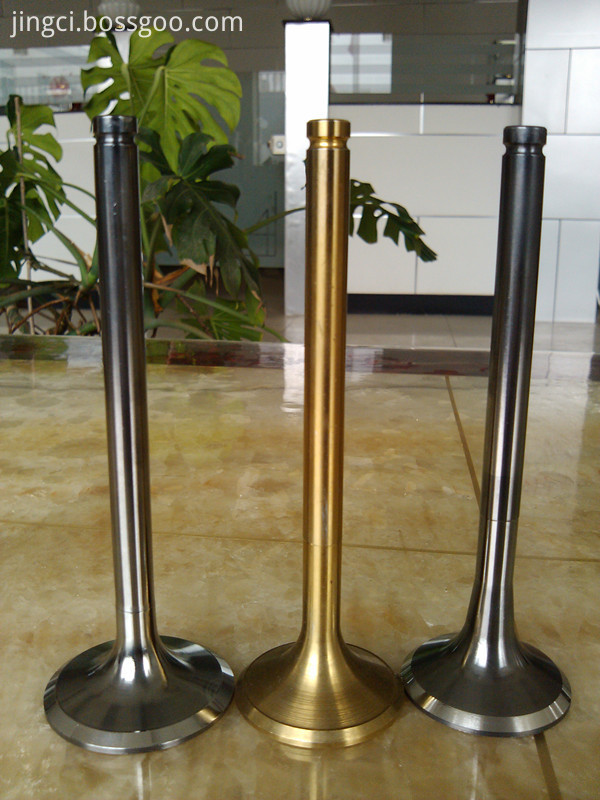 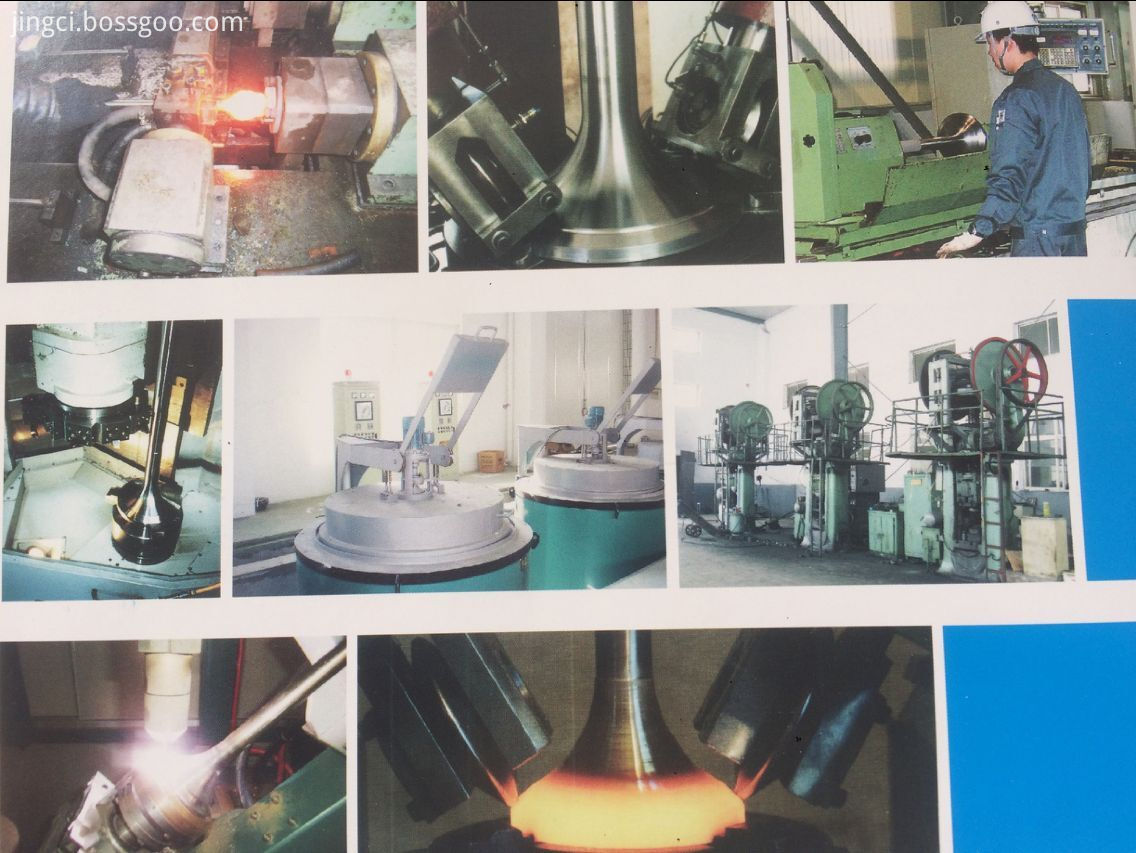