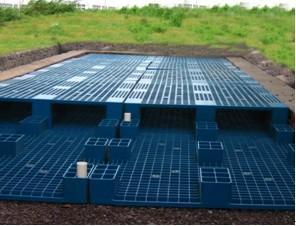 Recently, the Water Supply and Drainage Division of the District Water Affairs Bureau learned that water complaints were basically concentrated in the southwest of Tongzhou, such as Xinhualian and Tsui Ping. This is because Tongzhou District's water resources are located in the north, and the southwestern area is the end of the pipe network. Once water peak season occurs, water pressure will be low and water will be discharged from the faucet.

In April of this year, the Beijing Water Group started to build a 15,000-ton-per-day clear water tank and an emergency pumping station in Tongzhou, which was recently commissioned. â€œEmergency storage pump began trial operation on the evening of August 29th. From the feedback situation, it can basically meet the water demand in Tongzhou District. At present, the machine is still in the debugging state, and 3 units of the water reserve machine have to run continuously for 72 hours. Solve the problem of low water pressure in some parts of Tongzhou District.â€ Zhu Xingfu, general manager of Beijing Xinzhou Water Co., Ltd. introduced that during the peak period of water supply, the amount of water supplied by the Chaoyang North Road water pipeline to Tongzhou District can be passed through the clear water tank section at night. When it is stored, water will be supplied to Tongzhou City through the pumping station during peak hours to relieve the water shortage.