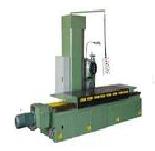 The 24th Taipei International Machine Tool Show is scheduled to be held in Taipei in 2013. It will take 6 days from March 5th to 10th. The exhibition venue will consist of 1st World Trade Center, 2nd Performance Center, 3rd World Trade Center, and Nangang Exhibition Hall. All structures. This time, the total exhibition area is 90,000 square meters. It has the scale of an international exhibition, and according to the statistics of the organizers so far, there are more than 960 companies registered and exhibited, totaling more than 5,300 booths. Compared with 2011, both exhibitors and booths grew in 2011. In 2011, there were 928 exhibitors with 512 booths. This year's TIMTOS exhibitors have more than 940 booths and the number of booths is over 5,200. Both exhibitors and booths have grown a lot.

This machine tool exhibition has attracted 17 major machine tool producing countries in the world, including Italy, Switzerland, Germany, Spain, Finland, Turkey, the United States, Japan, South Korea, China, Hong Kong, India, Singapore, Malaysia and Vietnam. Australia, and the landlord country, Taiwan. According to the most recent survey, the number of domestic visitors is estimated at 40,000, compared with 5,500 abroad. As an exporter of high-end machine tools in East Asia, Taiwan has invested considerable resources in this March exhibition and has invited important people from home and abroad to attend and hopes to re-create a take-off economy in 2013.