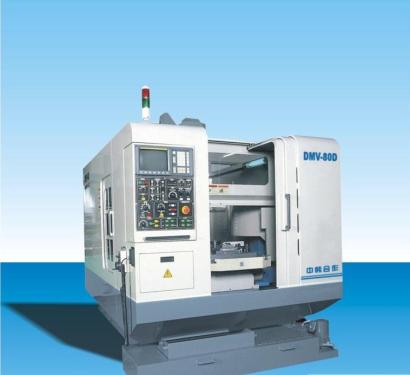 As a "machine manufacturing machine", after more than ten years of development, China's machine tool industry has become the largest importer and consumer nation for eight consecutive years. â€œAlthough China is currently a big machine tool manufacturing country, there is a tendency for the manufacturing process to be biased towards a low end,â€ said Luo Baihui, chief analyst of Jinmo Machine Tool Network.

According to the data released by the China Machine Tool Industry Association, all rights reserved in 2011, the growth rate of China's imports of machine tool products remains high, with a total import value of US$ 20.29 billion and exports of US$ 8.90 billion.

In 2010, the trade deficit of China's machine tools was only US$8.042 billion. By 2011, the trade deficit of China's machine tool industry was as high as US$11.39 billion, and the number of imports that grew year by year increased unabated. Luo Baihui believes that the main reason for this gap is that, on the one hand, in recent years, the explosive growth in the demand and supply of ordinary machine tools in China has constrained the overall technological level of users, and has also slowed down the overall manufacturing level of the machine tool industry. On the other hand, the lack of independent innovation capability of domestic enterprises can not meet the demand for products with high technical requirements such as heavy-duty machine sheets, which is also a structural problem in China's machine tool products.

The core technology of the machine tool is a numerical control system. At present, not to mention the system, even the slightly better CNC machine tools made in China, the high-precision ball screws used, and the bearings are mainly imported from Japan. China's self-produced ball screw has bearing problems in accuracy and life. Domestic major machine tool factories, CNC system 100% purchased.